Redistricting Partners is proud to be working with the following clients:

The Foundation serves as the official foundation supporting the Board of Governors, Chancellor’s Office, and the entire California Community College system, including 115 colleges and 73 districts, serving 2.1 million students.

The City of Santa Ana was a part of a CVRA Settlement Agreement brought by the sizeable Asian population geographically densest along the western portions of the city.

Redistricting Partners was hired to help facilitate a new set of district lines and a change of both the election system, and date of the election, in a majority minority Latino city with a strong Vietnamese population that had their geographic area divided among multiple council districts.

The City of Davis  faced a CVRA demand and required a quick transition to districted elections prior to the next general election, including facing a question of going to 7 districts or staying with 5 seats.

Ultimately the plan adopted was based on a map drawn by two members of the community during a weekend workshop and amended by the council members in a public, open, televised council meeting.

The City of Elk Grove had undergone significant population growth since their first set of district lines were created in 2004.  To add to the challenge, the city recently passed a measure to transition to a full-time mayor and reduce their council from 5 to 4 members.

The city is working with Redistricting Partners to create new district lines.  The process includes demographic analysis of the community, meetings with the public to help them develop community plans, and a final product that will bring people closer to their local government.

Redistricting Partners was selected after a competitive bid process which included both Democratic consultant Paul Mitchell and Republican consultant Matt Rexroad.  This bi-partisan approach to local redistricting has already won praise on PublicCEO.com. 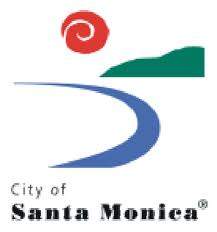 For the past several decades the ethnic minority populations have been drivers in redistricting reform and advocacy for proper line drawing.  They learned a long time ago that redistricting creates opportunities and risks for groups that are constantly having their civil rights under attack.

For all the Statewide redistricting, commissioner Dai said: “Thank you for making a community was otherwise invisible, visible.”

Sacramento Downtown Partnership is an association of community and business leaders focused on revitalizing downtown.  Early in the process the group was interested in what could be done to maximize the downtown voice on a city council that in the last redistricting split the downtown core three ways.