Redistricting Partners has been working for the last 10+ years on redistricting, racially polarized voting analysis, California Voting Rights Act (CVRA) implementation, and mid-decade redistricting work, primarily in California, for the past decade, with GIS and political experience that goes back more than 20 years.

Our work has also extended to outside organizations working to ensure a fair redistricting process, and protect communities.  This includes groups like Equality California, who have sought to preserve the power of LGBTQ communities within redistricting.

Redistricting Partners is headed by Paul Mitchell, a data consultant based in Sacramento 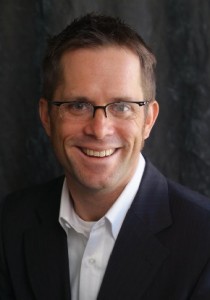 Mitchell also works with nonprofit organizations, such as the Irvine Foundation, American Civil Liberties Union, the Advancement Project, Common Cause and others in building community engagement and working throughout California and Nationally on elections and voting issues, including advising in the State of New Mexico’s inaugural redistricting commission, working with the State Ethics Committee on guidelines for commissioners and evaluating the final maps.  In total, Mitchell and his firm has worked in more than 15 states around the country advising on statewide redistricting.

Mitchell has been regularly cited in the media as an expert on elections and redistricting, including as the subject of a CNN Presents special on the decennial redistricting process, being interviewed on the PBS News Hour election coverage in 2020, participating in the 538 Podcast series on redistricting reform, and as a regular analyst on California-based network TV election coverage.

For the past 10 years, Mitchell has also served as Vice President of the bi-partisan Political Data Inc where he works with both political parties, campaigns, nonprofits and universities, with a specialty in polling and survey data. Mitchell earned his associate degree from Orange Coast College, an undergraduate from American University, and a Master’s in Public Policy from USC.

Kimi Shigetani
Chief Administrative Officer with Redistricting Partners.  Kimi has over 20 years of experience in leadership roles, education and program development, association and nonprofit management, conference and event planning, and a proven ability to engage and develop relationships with diverse groups.

In the last redistricting cycle, Kimi managed dozens of racially polarized voting studies, districting under the CVRA and redistricting projects within the community college system.  In this cycle, she is working with Redistricting Partners to facilitate communication with clients, develop work plans, and ensure staff are meeting client needs.

Chris Chaffee
Chief Operations Officer with Redistricting Partners and owner of the Chaffee Group, a political consulting and marketing firm based in Sacramento.

In 2020, Chaffee worked extensively with the California Counts statewide census outreach program and multiple community-based organizations in developing and implementing grassroots strategies to increase the count in traditionally hard to count areas.

Sophia Garcia
GIS and Outreach Director for Redistricting Partners and lead presenter on civic engagement in local redistricting.  Garcia is an experienced GIS analyst with a proven track record of interpreting political and geographical data to empower communities.  She most recently worked for the Dolores Huerta Foundation, where she used GIS data and organizing as tools to impact local redistricting.

Garcia is a nationally-recognized leader in using GIS for Equity and Social Justice and serves as the Co Vice Chair of the URISA Pro Equity Social Justice Equity Committee.

Thompson-Fisher leads a team doing analysis and design of demographic datasets to be used within the redistricting process, managing and maintaining the software infrastructure for clients, assisting in data management and line drawing, and working with clients on technical aspects of GIS files, data, and other software or hardware issues.

Before his work in the State Capitol, McLaughlin was Political and Legislative Director at the San Diego and Imperial Counties Labor Council, where he advised a coalition of community organizations in the region on the statewide, county and city redistricting processes that took place in 2011. In 2020 he led a project of analyzing potential districting plans under a California Voting Rights Act conversion and working with a coalition of agencies to help them understand the impacts of potential scenarios.

Daniel Lopez
A staff line-drawer and project manager for Redistricting Partners, Lopez has experience in redistricting going back to 2011.  In that redistricting cycle, Lopez was tracking the Los Angeles City and L.A. County redistricting processes, conducting analysis and drawing out different mapping scenarios with the goal of increasing the voting power of minority communities.

Since 2012, Lopez served as political director for two successful statewide campaigns and has continued to advise local elected officials in the Los Angeles region.

Gabriella Morales
Support staff for the Chief Administrative Officer, Morales is working on proposals and business development for Redistricting Partners.

Morales is also building skills, tracking statewide and local redistricting processes, managing information that is being presented to clients, and developing skills as a new line drawer for the 2021 cycle.